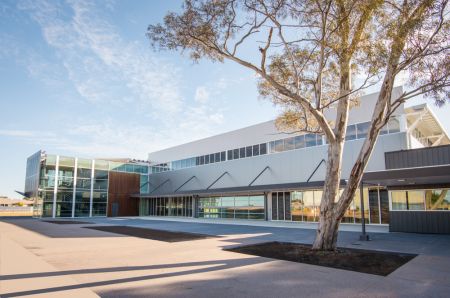 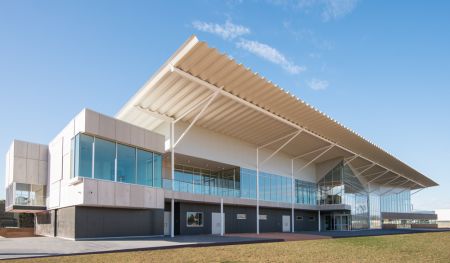 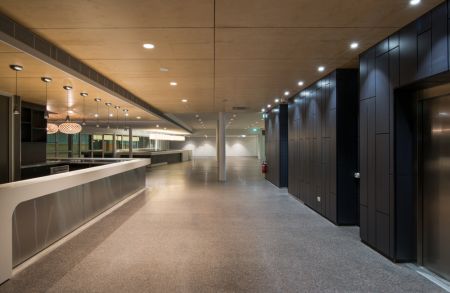 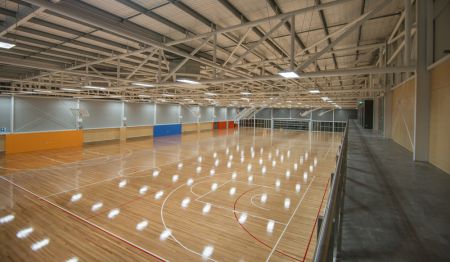 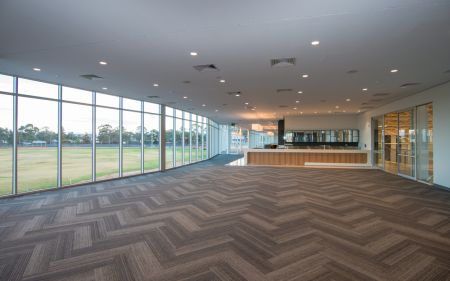 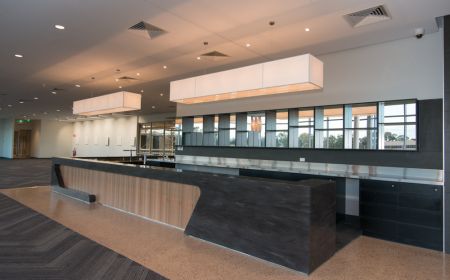 Construction of the Central Oval complex was completed in December, 2014 and has been embraced by the community. Record numbers of basketball and netball players have joined for the 2014/15 seasons to play on the complex’s three large courts and new outdoor netball clubs. The new facility also boasts meeting rooms, change rooms, and upstairs viewing platform and function spaces. As part of the redevelopment, the whole precinct has been redeveloped to encompass Central Oval, the new netball courts, the tennis courts, Braddock Park, and Hancock Stadium.

Car parking at the facility is available at along Augusta Tce, off of Augusta Terrace at TAFE and inside the Central Oval Complex, and at Braddock Oval (tuning off of Augusta Tce.). Landscaping at the site has been designed and planted using AridSmart species grown at the Australian Arid Lands Botanic Garden.  The stunning Australian native plants are sourced from low-rainfall areas and have been selected for their suitability for landscaped gardens.

Central Oval has quickly become a central meeting place for both the Port Augusta community and for visitors from the region, and is a state-of-the-art facility that will serve the community well for generations to come.

The official opening was held on April 22, 2015, with the facility already hosting a number of events and conferences including the Ice Drug Forum (500 people), Positive Ageing Expo, a regional basketball carnival, netball training session, sports clinics, a wedding, and large conferences. Enquiries for booking the facility is high, with events bringing economic spin offs for the business community.

In September 2014, Council endorsed the iconic name ‘Central Oval’ for the redeveloped oval precinct. Central Oval’s heritage dates back to World War I with West Augusta Football Club playing its first game at the Oval in 1915.

Council believes it is important that the history of the oval is retained and one of the best ways to do that is to formally adopt the name that is widely known, used and respected. At the same meeting, Council also adopted a new brand for the Oval. The brand takes its style from the City Brand in terms of colours and interpretation. The general theme is meeting place or central location. A style guide for the brand will be developed that sets out how the brand will be used.

Council also noted that there will be a need to name specific areas within the precinct after legendary sports and community personalities. This will be accommodated after further consultation with the Community.

Badge Constructions Pty Ltd was appointed as the builder of the $16m community facility in July 2013, with site works beginning in September the same year. The project has been more than a decade in the planning, and has been realised thanks to external funding from the State and Federal Governments as well Council contributions.

Included in the precinct are an AFL standard football oval, netball courts and the two-story multi-use stadium. This is the centre piece of the project and features three multi-use courts, an upstairs function area with viewing to both the ovals and the indoor courts, and retractable walls that will open the stadium onto a plaza precinct.

The State Government has provided $5m in funding, the Federal Government provided a further $5m through the Regional Development Australia Fund and Port Augusta City Council will fund $6m.

For any information on Central Oval, including booking enquiries please email centraloval@portaugusta.sa.gov.au.