Port Augusta has long been known as the "Crossroads of Australia" and the "Gateway to the Outback". It is also a gateway to the northern and central Flinders Ranges. The Flinders Ranges are a range of mountains stretching some 400 kilometers in length. They commence 200 kilometers north of Adelaide at Crystal Brook. They can be easily accessed from all states of Australia. From the Eastern states via Adelaide, Mildura or Broken Hill. From the Northern Territory and Western Australia via Port Augusta and also from the Birdsville & Strzelecki Tracks will lead through the Flinders Ranges. 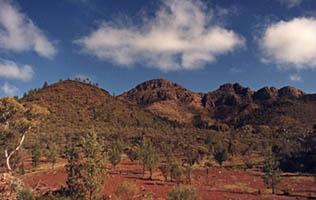 This area of the Flinders Ranges stretches from Hawker in the south to the Parachilna and Blinman area in the north. The main features of this area is the magnificent Wilpena Pound, the Brachina and Bunyeroo Gorges and the Parachilna Gorge which cuts through the ranges from Parachilna to Blinman. A considerable amount of this area is encompassed in the Flinders Ranges National Park. To the South rise the imposing Elder and Chase Ranges while to the east the Bunkers Range separates the ranges from the vast plains to the east while the Heysen Range stretches northward from Wilpena Pound to the Parachilna Gorge. 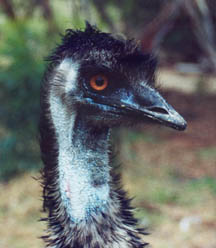 The rugged northern Flinders Ranges stretches from Parachilna through to Lyndhurst in the west and from Blinman through to Arkaroola and the northern tip of the ranges near Moolawatana on the eastern side of the range. The main feature of this area is the spectacular country of the Gammon Ranges National Park and the privately owned Arkaroola Resort. On the western side of the ranges is the coal mining town of Leigh Creek and just north of this is the small township of Lyndhurst at the start of the Strzelecki Track leading to Innamincka. Access to the Gammon Ranges and the Arkaroola area is by good quality unsealed roads from Yunta and Blinman in the south and from Copley in the east. 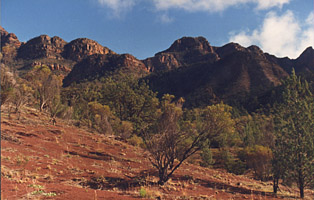 The Southern Flinders Ranges stretches from Port Augusta and Quorn in the West through to Peterborough on the Barrier Highway in the South East. The township of Port Germein on the shore of Spencer Gulf through to Wilmington, Carrieton, Melrose, Booleroo, Orroroo and Wirrabara, which are situated on the eastern side of the range, offering a diverse and interesting area of not only spectacular scenery but a range of activities and attractions that are second to none. 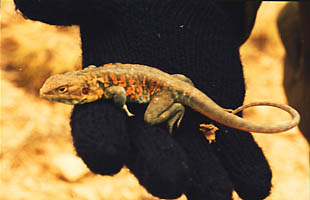